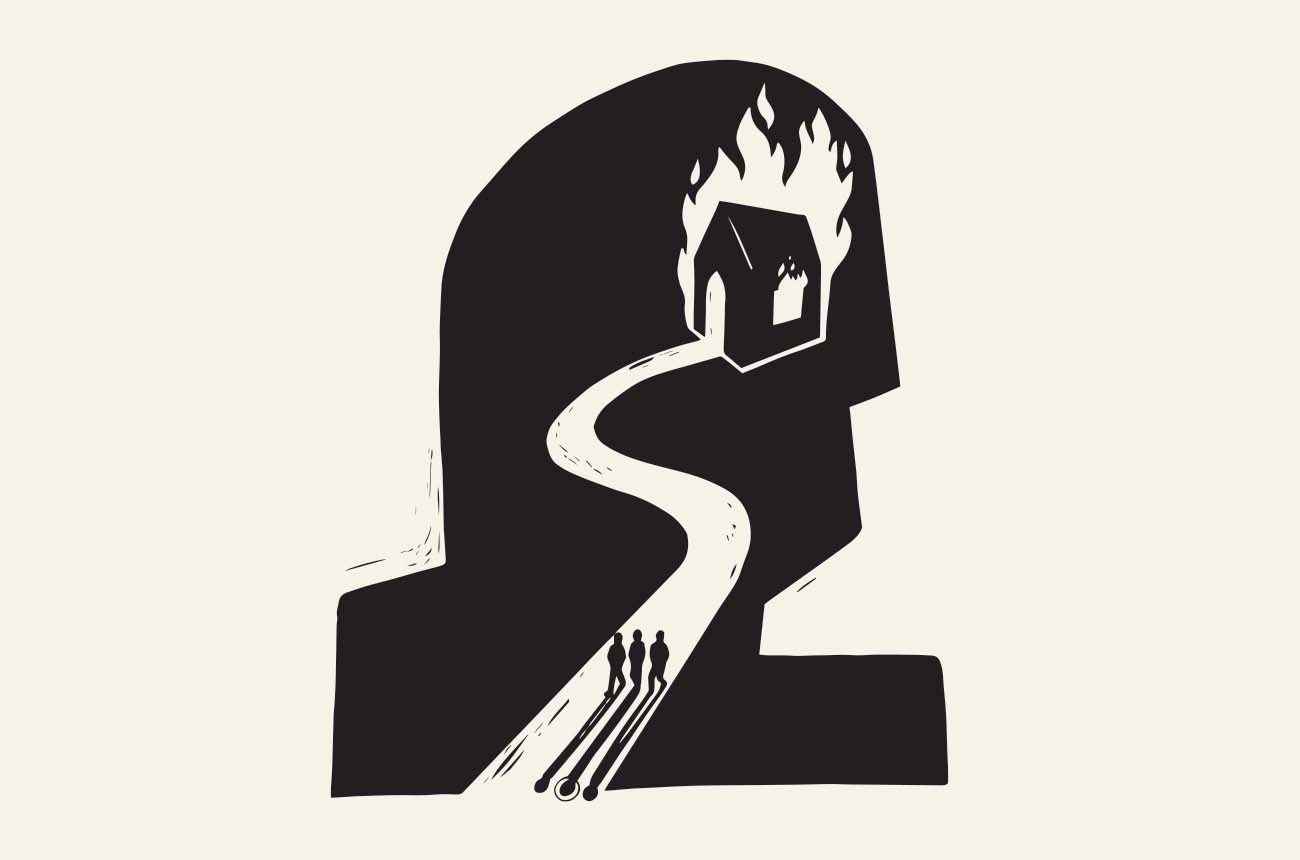 The Risen One Appears on the Road

And behold, on that very day two of them were going to a village named Emmaus, which was sixty stadia from Jerusalem. And they were talking with each other about all these things which had taken place. While they were talking and discussing, Jesus Himself approached and began traveling with them. But their eyes were kept from recognizing Him. And He said to them, “What are these words that you are exchanging with one another as you are walking?” And they came to a stop, looking sad. One of them, named Cleopas, answered and said to Him, “Are You possibly the only one living near Jerusalem who does not know about the things that happened here in these days?” And He said to them, “What sort of things?”

Before you label yourself a deserter, remember that the early followers in this story were Jews who believed that they were a part of a reformed movement within Judaism. They believed that Jesus was one who was going to restore the glory of Israel, mostly by kicking out the Romans and restoring the majesty of a King lead Israel. But then, to the followers horror, they witnessed the religious leaders of Israel torture and execute their hope for change.

Jerusalem, which was once a symbol of a safe place for them, has now become a haunted place. An unsafe place. And they find themselves devastated and walking away from something they used to trust.

I can’t help but see the connection to many of us who find themselves walking away from spaces which at one point felt safe, but now have become de-sacralized. As I have conversations with people all over, I find that there are many sons and daughters of the church who are deeply disillusioned by what they discovered in their sacred spaces. The argument of some is that it is essential to stay in the fold no matter what, because it is essential to hand down the faith to the next generation. But if the faith that we are handing down to our sons and daughters reveals to be racist, misogynistic, obsessed with power, unconcerned with creation and the poor, people are not wrong to leave it. They are, in fact, on the right path in walking away.

We, of course, thousands of years on the otherside of this story, see that the illusion of the disillusionment is that though they are walking away from Jerusalem, they are actually on a collision course with the Risen One. It’s in the process of moving away from that they find themselves in the midst of. Which begs us to ask the question… is walking away from that which is has shown itself to have failed possibly a work of the Spirit?

So often the story of God that is telling with our lives is not the story we are telling about ourselves. Sometimes the story of disillusionment and despair, a story of walking away, becomes a story of resurrection. These two on the road to Emmaus are simply having a candid and honest conversation about their vulnerable sorrow. What they hoped for. What they believed in. What they witnessed died. What stopped working for them. It was in the midst of this conversation that the Risen One shows up and asks to join their conversation. “What are you talking about?” The Risen One walks with us in our vulnerable and sorrowful conversations. God is available everywhere, but God is especially present when people get vulnerable… whether it be in a temple, a roadside tavern, or simply walking down a street discussing their pain.

These two eventually end up walking back to Jerusalem with a renewed vision. They are awakened to the presence of the Risen One on that journey and it reframes everything they think that is happening.  I can’t help but wonder if that maybe our experience as well.  That it is the necessary walk of disillusionment, the necessary vulnerable conversations about our sorrow, that allows us the renewed pilgrimage of resurrection back to what had been our hope. That it is only in leaving the old that we can return to the resurrecting new.

May you SEE your disillusionment as the road to a whole new way of understanding.